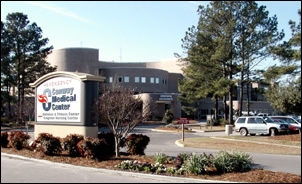 As Coronavirus case numbers climb across South Carolina, Horry County hospitals reach an occupancy of 72.1%. S.C. Department of Health and Environmental Control announced 1,666 new confirmed cases throughout the state, 78 of them being in Horry County.

With 561 hospital beds in Horry County, over 400 of those remain to be occupied by patients infected by COVID-19. As case numbers climb, it’s projected they’ll continue to fill with those who have contracted the virus.

For now, elective surgeries have since been placed on hold as a means of saving bed space. “Our administrative team will continue to assess the situation to determine when we will resume elective surgeries,” said Conway Medical Center’s (CMC) Media Relations Strategist Allyson Floyd.

Visitors are still unallowed for patients in the CMC hospital with an exception for those in end-of-life circumstances. As of now, the hospital has yet to announce its future course of action regarding elective surgeries.

Just last month, the state Department of Administration announced that it would now be accepting bids to buy or manage some or all of Santee Cooper.

Once the bids are received, the four consulting firms chosen by the state administration will review and pass on their recommendation to the General Assembly. From there, the assembly will make a decision on the future of the state-owned utility.

As this process continues, Santee Cooper’s direct serve and cooperative customers will continue to pay for the utility’s massive debt stemming from the failed V.C. summer project. In the meantime, Grand Strand residents are continuing to express their hope for legislators to sell Santee Cooper, get the state out of the utility business, and get rid of the debt.

However, Santee Cooper has publically advertised to its customers that they have some of the lowest rates in the state, which Bellamy argues, “The electric cooperatives have complained that Santee Cooper has the highest wholesale rates not only in the state but in the region, ranging from 25% to nearly 50% higher than investor-owned utilities.”

Validating his concerns, another South Carolina resident of Murrells Inlet, Dick Richards, wrote to the South Strand News saying, “If a qualified buyer can pay off the debt and offer low rates, it just makes good sense that our legislators vote to sell Santee Cooper to protect ratepayers and get the state out of its failed utility business.”

It is clear residents up and down the Grand Strand would like to see the state move forward with selling Santee Cooper.

Meanwhile, the electric cooperatives that purchase their power from Santee Cooper are in a battle against Santee Cooper to stop them from charging their customers any more for the V.C. Summer debt.

However, while this may help the cooperative customers, there are many questions left to answer if the cooperatives win their lawsuit against the state-owned utility. Will Santee Cooper, a state agency, have to file for bankruptcy?

Or will all the debt be left in the hands of the direct serve customers if the utility isn’t sold?

Cheers to this news – we can now enjoy our adult beverages while at Barefoot Landing.

As Myrtle Beach Online reported, visitors are allowed to walk around with alcohol around the shopping complex in the designated “festival” zone. This news comes after North Myrtle Beach City Council passed the second reading of an ordinance that will change parts of the city’s alcoholic beverages law.

However, it’s not as easy as it sounds.

The ordinance allows for entertainment and shopping destinations of 10 acres or more to apply for public alcohol consumption through a special designation.

In order to apply for this designation, property owners must submit a map with the service area, an explanation of how they plan to regulate the possession and consumption of alcohol in this zone, and then submit a permit application to the Director of Public Safety and City Manager.

To learn more about the new ordinance visit our source here.

As of late, medical marijuana has been a hot topic in the state of South Carolina. And yesterday, the South Carolina Senate Medical Affairs subcommittee met for the first time to discuss new legislation.

They met to review a new bill introduced by Senator Tom Davis, who is also the chairman of the subcommittee, which would make cannabis legal for people with terminal, debilitating medical conditions that could be treated with opiods. The new bill would allow patients to purchase two ounces of marijuana every two weeks if prescribed by a doctor.

This meeting was the first obstacle it has to overcome as it tries to make its way to the Senate floor.

As reported by The Post and Courier, lawmakers reviewed the legislation and have decided to hold the bill in committee while they wait to hear testimony from others. Lawmakers hope to hear from supporters of the bill, the medical community, and law enforcement officials who are hesitant of the bill.

Davis plans to implement suggestions made by stakeholders to the bill before moving forward. One of those suggestions is that smoking cannabis would not be covered under the bill. He also urged others on the subcommittee to investigate other medical conditions which might be covered and include a sales tax.

To read more about the meeting and what law enforcement officials have to say, visit The Post and Courier.

Expanding access to medical marijuana is supported by a majority of South Carolinians according to a statewide poll that was recently released from the South Carolina Cannabis Association.

The poll conducted by Washington, DC-based WPA Intelligence in partnership with Charleston’s Push Digital shows 58% of South Carolinians support expanding access to medical marijuana in the state while only 13% oppose.

According to their press release, South Carolina political consultant and entrepreneur Wesley Donehue played a key role in organizing the critical mass of support that led to the formation of the South Carolina Cannabis Association.

“The compassionate care benefits of cannabis are well documented and the public support for access to medical cannabis in our state is strong. These are facts our elected officials must come to recognize and respond accordingly, as there is no longer any excuse for them to be this out-of-touch with the will of their constituents,” said Donehue.

The independent survey of 600 registered voters in South Carolina from January 22-24 found that:

Most South Carolina voters are in favor of medical cannabis