It’s back! The famous Myrtle Beach 4th of July fireworks show is in the works after new show sponsors stepped in. Thanks to Budweiser and McDonalds, Myrtle Beach-goers can expect a grand finale of rockets and sparklers come this Independence Day.

Join the city of Myrtle Beach at the Boardwalk on July 4th for a 10 p.m. firework show. Originally canceled due to budget cuts, this show’s expected to be as exciting as the last. You can count on crowds for roman candles and colorful firecrackers as we celebrate our nation’s independence. Face masks and social distancing are encouraged in an effort to maintain safety.

While news of the Cherry Grove Pier and Barefoot Landing fireworks being canceled has left many wondering how they’ll celebrate this year, there are still several ways to commemorate the day. Starting at Surfside beach, locals will be hosting a golf cart parade from 1 p.m. to 2 p.m. Deck out your ride for a chance to win the award for “the most patriotic cart.” Political decorations are discouraged.

Strap on your running shoes and hit the Market Common’s pavement for the annual Independence Day Race. Choose between a 5k or an 8k at this family-friendly event. You’ll want to get a good night’s sleep for this 7:30 am wakeup call. With a high of 85 degrees on Saturday the Fourth, it’s sure to be a lovely day filled with fun and fireworks. 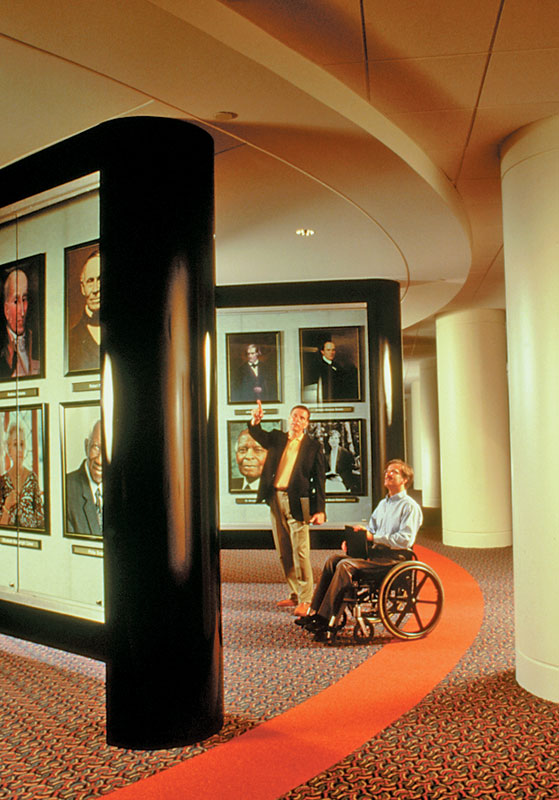 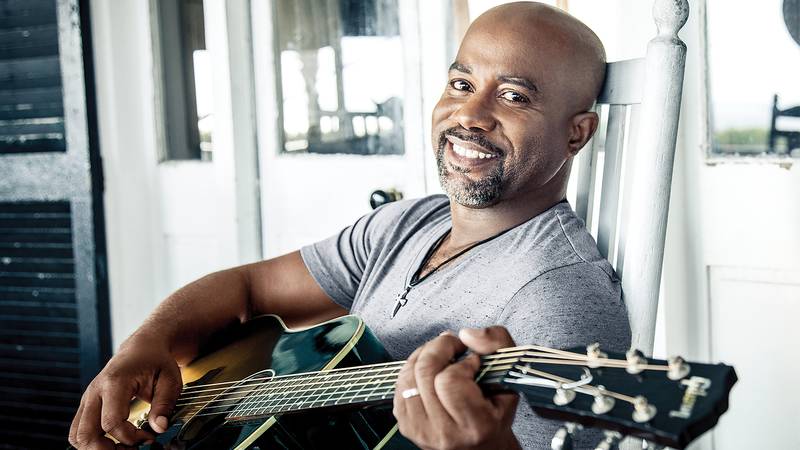 A Charleston native, Daris began his career as the lead singer and guitarist for Hootie & the Blowfish (who came together at the University of South Carolina). Since then, he has reintroduced himself as a country artist, and has released four albums to top the Billboard Country albums chart. But singing isn’t all he does. He also holds a benefit concert, “Darius and Friends”, to benefit thousands of children at St. Jude’s. This year’s concert, along with an auction and golf tournament, raised $404,000 for St. Jude Children’s Research Hospital. His dedication to supporting medicine reflects his single mother’s occupation as a nurse at MUSC. Ever showing love the place in which he was born and raised, he currently lives in Mt. Pleasant with his wife and three children. He is a die-hard Gamecock and often holds concerts and events throughout South Carolina. 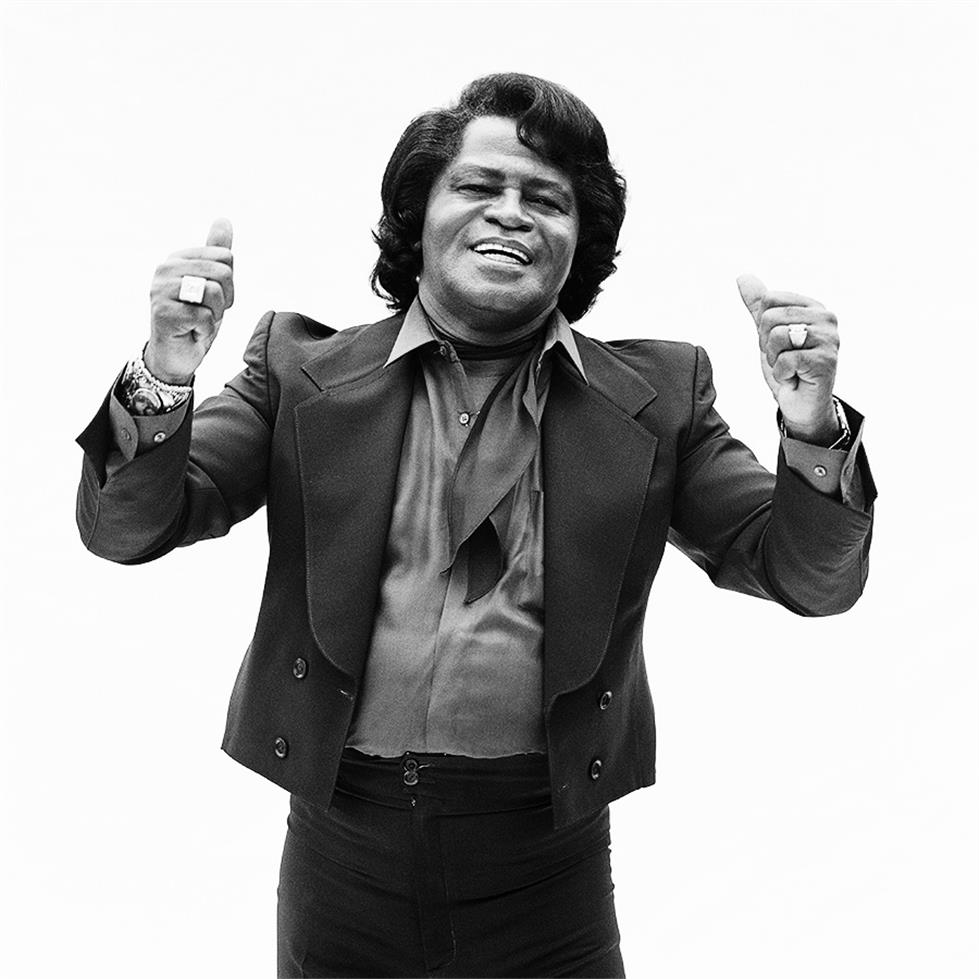 It’s hard to believe that James Brown spent the early days of his childhood in a one-room shack in Barnwell, South Carolina. All through his tumultuous upbringing in extreme poverty, including being dismissed from seventh grade for insufficient clothing and a three-year prison sentence, he continued to educate himself in music. Determinedly pursuing his passion, he even organized a gospel choir of inmates. He eventually worked his way out of some of the harshest of conditions into the top of the funk and R&B music earning the title “The Godfather of Soul.” Not only did his music save him, it helped him save others, breaking racial boundaries and segregation. He was loved for his unique style and turbulent personal life. He was a social activist and he showed that through his songs “America is My Home” and “Black and Proud”, as well as he advocated for the benefits of education to children. 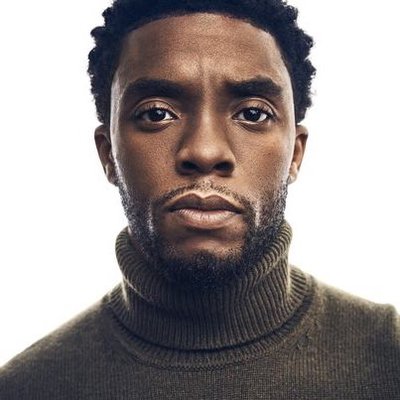 Before landing gigs on TV shows like Lincoln Heights, Boseman began his journey with big screen portrayals of baseball player Jackie Robinson in ‘42’ and in soul singer, previously mentioned, James Brown in ‘Get on Up’. Boseman has recently risen to the ranks of elite stardom with the role of Black Panther for a series of Marvel superhero films. His first dalliance with theater, however, began in his hometown of Anderson, South Carolina where he wrote his first play, Crossroads. The play was staged at his alma mater, T.L. Hanna High School, after a student was shot and killed. According to Boseman, his childhood was a happy one, but not without lingering racism. He is an advocate for change within that social climate, but has credited both white and black supporters from his home state for the love and support he received for Black Panther. In likewise support, he bought tickets for over 300 underprivileged youth from Anderson to attend a showing of his film. They were accompanied by 460 family members and close friends. He is an honorable representative of South Carolina. 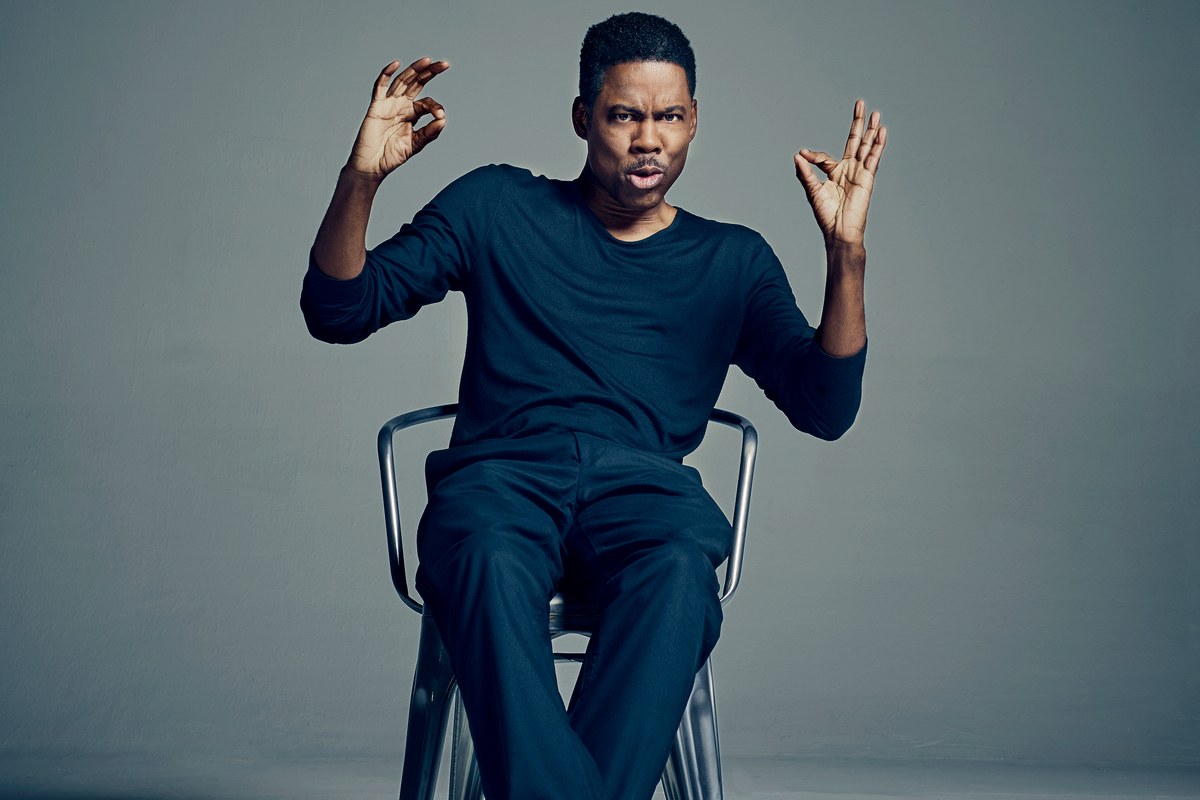 Although Chris spent most of his life in Brooklyn, his birthplace, Andrews, South Carolina still has instilled in him a bit of that southern charm. His mother, who resides in Georgetown County, has it in spades and her son has been lucky enough to glean some of that wit and wisdom. At the age of 18 that charm (and his sense of humor) won the attention of Eddie Murphy at New York’s Comedy Strip. He went on to appear in a few films and on Saturday Night Live. His biggest successes include an Emmy award-winning HBO special, two Grammy award-winning comedy albums and the popular sitcom Everybody Hates Chris. Like any true South Carolinian, he still comes home for his mama’s smothered chicken and biscuits. 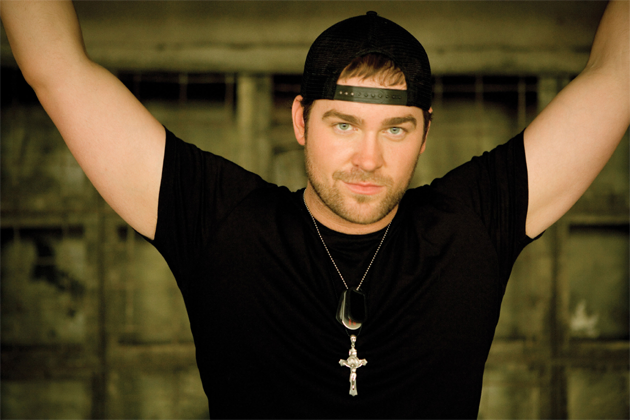 Lee grew up playing piano and guitar, singing in his church choir and writing music in Sumter, South Carolina. His unique musical upbringing, made up primarily of gospel quartets and a few cassettes, has led to his dedication to making authentic music with no artificial sounds. He credits his hometown with his rough edges. The tiny town that made him tough taught him how to work hard and do right. During his teenage years, Lee attended Clemson University on a football scholarship. He played special teams as the long snapper, but after an arm injury, he decided to focus on a country music career instead. By 2007, he began working as a songwriter, with cuts by Jason Aldean, Keith Gattis and Cowboy Crush among others. To date, he has released four albums of his own and broke a 62-year-old record for the longest-running song on the country music chart with “Love Like Crazy.” 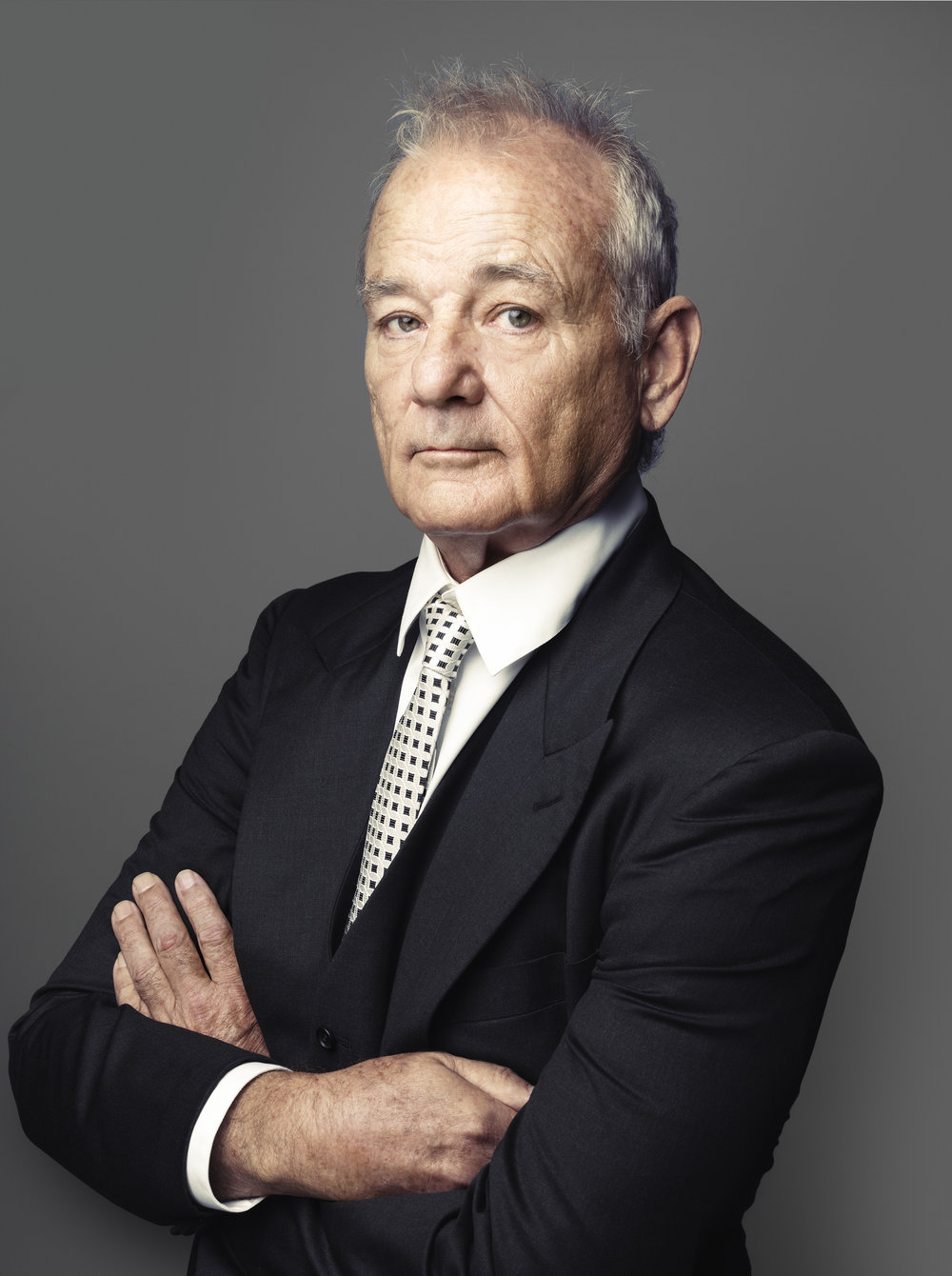 Although he was born and raised in Chicago suburbs, Bill Murray found a home in Charleston and is now an active member in the community. In addition to his restaurant ventures in Harold’s Cabin and newly opened Container Bar, he is also the co-owner of the Charleston Riverdogs and proudly cheered on the Cougars in their CAA Championship run. With the amount of time he spends in the Holy City, it’s no wonder most locals have an account of a run-in with the legendary actor. 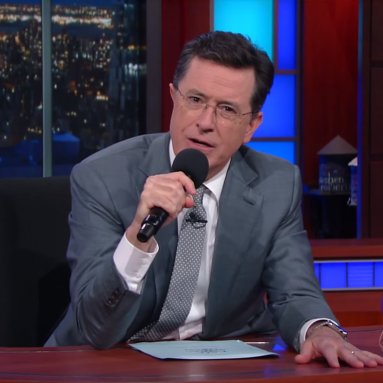 Political satirist Stephen Colbert may lay claim to his birthplace of Washington D.C., but as it turns out his father’s position as vice president of academic affairs at MUSC landed him in Charleston for the majority of his upbringing. Originally on James Island, his mother relocated the family downtown after his father and two of his brothers passed away in a plane crash, to run a B&B South of Broad. After leaving his roots behind, he has climbed the comedic talk show ladder from the Daily Show to the Colbert Report, all the way to his current post at the Late Show.  Although he has distanced himself from what he refers to as a “sleepy, southern town,” it remains one of his favorite vacation spots and has even shared his suggestions for a perfect weekend in his hometown. 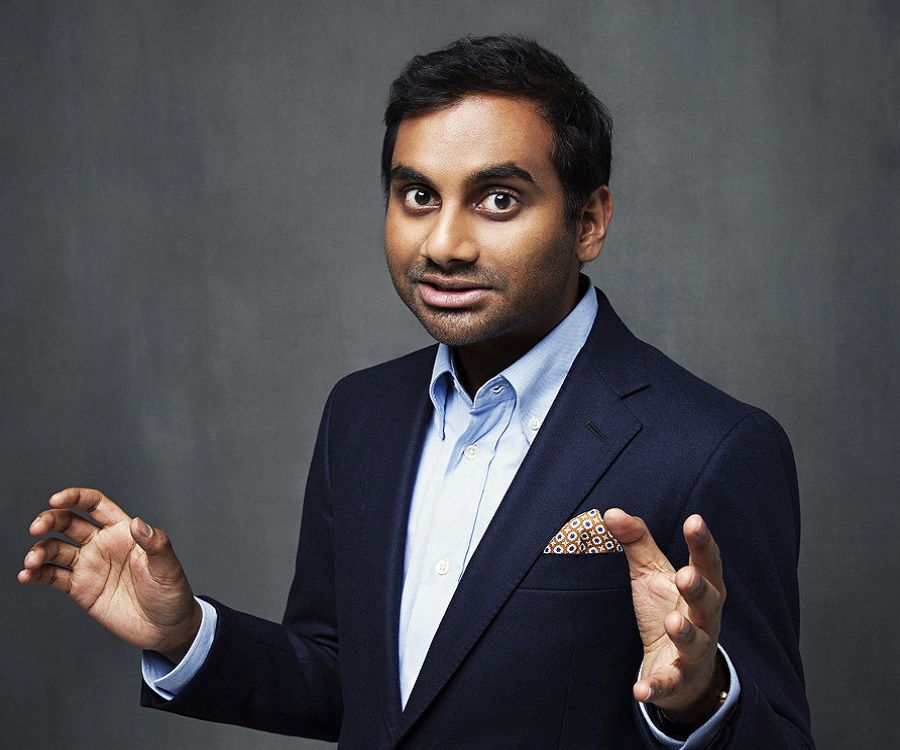 Comedic actor/writer known for his role on Parks and Recreation, for which he won a Golden Globe, Aziz Ansari’s childhood home has shaped his comedy. His unlikely Southern roots have provided him with plenty of material for his stand-up and emmy-winning Netflix series Master of None. The Columbia, SC native was born to two doctors and attended the South Carolina Governor’s School for Science and Mathematics. After moving to New York for college, his time in the Palmetto State has been limited. He performed stand-up in his home state for the first time this year in Charleston at the Gaillard Center. He also performed at a benefit concert in Asheville for those affected by Hurricane Florence.