Flying is about to get a little less cumbersome for some travelers with the addition of two new nonstop flights at Myrtle Beach International Airport.

According to Scott Van Moppes, director of airports, the nonstop flight is a great addition to the Myrtle Beach area. In a statement on the new addition, Scott Van Moppes said, “Minneapolis/St. Paul International Airport is a global hub for Delta Airlines, and will provide passengers from the Grand Strand even more convenient options for traveling to Minneapolis/St. Paul, destinations across the United States and internationally. Delta has been an integral partner of the Myrtle Beach International Airport and our local community and we thank them for their continued support.”

Spirit Airlines also recently announced the addition of a nonstop flight from Myrtle Beach International Airport to Akron-Canton Airport in Ohio. The nonstop airline service will begin on April 15th but will only occur on Thursdays and Sundays.

Myrtle Beach is full of tourist attractions. So, which ones are a must for locals to experience? Check out our list below!

Broadway at the Beach

Named one of the Top 10 Gardens in the United States by TripAdvisor, Brookgreen Gardens is a must-see for locals. The property extends over 9,100-acres and includes a sculpture garden and wildlife preserve. They also have various events throughout the year for locals and tourists alike to experience the beauty of these stunning grounds.

The Carolina Opry first opened in 1986 and has since been one of the most popular live music venues in Myrtle Beach. Shows range in genre from country to rock to gospel to showtunes. One of the Carolina Opry’s most popular shows is their Christmas special – but be sure to get your tickets well in advance.

Escape from the hustle and bustle of the city and immerse yourself in nature at Myrtle Beach State Park. The park expands over 312 acres and provides visitors with numerous outdoor activities. Visitors can hike through one of their nature trails, learn how to fish or relax on the beach. If you want to make it a weekend activity, you can also reserve a spot on their campground for an overnight retreat.

Whether you need an activity for a rainy day or a break from summer’s smoldering heat, Ripley’s Aquarium of Myrtle Beach is a great place to visit. The aquarium provides visitors with a variety of exhibits – including a large underwater tunnel where you can be surrounded by sharks, eels and other intriguing sea creatures. They also offer special behind-the-scenes tours where you can get up close and personal to some of the animals.

A new craft brewery is set to open in February. Grand Strand Brewing Company, located at 819 N Kings Hwy, is the latest addition to downtown Myrtle Beach and is set to be a hot-spot for the area.

While there isn’t an exact opening date, Grand Strand Brewing Company is expected to open in mid to late February and will feature a variety of craft beers along with upscale bar food.

Clayton Burrous, one of the owners of Grand Strand Brewing Company, said the new brewery is “going to cover the full spectrum of craft beer.”

Burrous also explained the importance of listening to what their customers want when it comes to new beers saying, “We are going to put the beer out there and see what (clientele) respond to. We’ll try to cater to what they want. We really want to make this a locals-first place in pretty much all decisions we make.”

Be sure to check out the Grand Strand Brewing Company Facebook page for more information on their opening.

Let the good times roll while you celebrate Mardi Gras in the Grand Strand this year. Here are some activities you and your family are sure to enjoy.

Have a Family Night at Painting with a Twist

On Tuesday, February 16th, Painting with a Twist is hosting a special Mardi Gras Family Night. Bring your kids (must be age 6 or up), some snacks and learn how to paint a Mardi Gras themed scenery – it’s a fun and creative activity the whole family will love.

Catch a Show at GTS Theatre

Entertainment is key when it comes to Mardi Gras and GTS Theatre has got you covered. They are hosting a variety of entertaining shows in the coming weeks including a Motown Tribute Show, an Elvis Live Tribute Show and a Magic Show with Michael Bairefoot. Be sure to get your tickets in advance.

It wouldn’t be a Mardi Gras celebration without an indulgence of Cajun/Creole food. Stop by Landry’s Seafood House for a traditional southern Louisiana meal. Try their New Orleans Crawfish Bread, Landry’s Gumbo or one of their many varieties of fresh seafood dishes.

Blueberry’s Grill has some of the best beignets in the Grand Strand area. You can’t celebrate Mardi Gras without indulging in this classic New Orleans staple. With locations in both Myrtle Beach and North Myrtle Beach, it’s easy to get your fill.

Valentine’s Day may look a little different this year – but that doesn’t mean you can’t spend it doing something enjoyable with a loved one. Here are some Valentine’s Day events taking place around Myrtle Beach this year.

Learn a new skill this Valentine’s Day! Forest Lake Greenhouses is holding a flower arrangement class on Saturday, February 13th at 10:00 AM. Bring your friends or a special someone to this fun event and learn how to construct a beautiful flower arrangement.

In Your Arms – Valentine’s Day Painting

Painting with a Twist is hosting a Valentine’s Day painting event. Sip on a free bottle of wine with your loved one while you learn how to paint something spectacular. Be sure to reserve a seat online and arrive early to get your wine and smock ready.

Romance in the Gardens

Renew your wedding vows in one of the most stunning backdrops around. Brookgreen Gardens is hosting a vow renewal at the Brookgreen Creek, followed by a reception nearby. There will be two separate ceremonies and both members and non-members are encouraged to participate – just be sure to grab your tickets in advance.

Valentine’s Day Dinner at The Brentwood

Visit The Brentwood on either Saturday, February 13th or Sunday, February 14th for a romantic dinner. The four-course “Prix Fixe” menu features everything from Pistachio Dusted Lamb Chops to Pan-seared Dayboat Scallops to Escargot Poulbot. Seating is limited so be sure to reserve a table in advance.

A South Carolina Circuit Court judge recently issued a ruling on the sale of two areas of beachfront land, rejecting Horry County’s efforts to prevent the land from being sold.

The areas in question, Lakewood and Pirateland campgrounds, are currently owned by the City of Myrtle Beach. However, Horry County receives a portion of the campground’s revenue – part of the reason why Horry County attempted to sue the city to prevent them from selling the property.

South Carolina Circuit Court Judge Benjamin Culbertson rejected the county’s push to halt the sale, allowing the City of Myrtle Beach to proceed with the $60 million transaction. In Culbertson’s ruling, he wrote, “This case is not about property. The county does not access, use, or possess the Seascape Properties. Instead, this case is really all about who gets how much money — be it lease proceeds or sale proceeds from the Seascape Properties.”

While the county has issued an appeal on the ruling, it seems as though the sale will be taking place as planned. 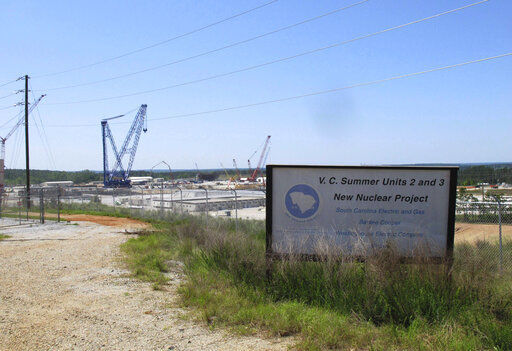 On Tuesday, the House passed legislation addressing the debt-ridden Santee Cooper by a vote of 89-26. Here are the key points outlined in the bill:

Now the state Senate will debate the legislation — taking it one step closer to the governor’s desk. What’s most interesting about this bill is that it doesn’t take a firm stance on selling nor reforming the utility — it simply allows the bidding process to be reopened and outlines a plan to reform the utility while it’s on the market. Although this doesn’t eliminate efforts to reform the utility, lawmakers pushing for a sale are even more convinced that reform is simply not possible: In the first board meeting of 2021, Santee Cooper executives said they will need $100 million dollars by the end of the fiscal year to stay afloat. Adding more debt on top of the nearly $7 billion debt the state-owned utility currently has.

Lawmakers are still staunchly divided on the issue, but House Speaker Jay Lucus was pleased with the compromise, saying:

“I have made no secret of my disdain for Santee’s current leadership and the need for their immediate replacement. I have also repeatedly called for more transparency and accountability in how Santee Cooper determines rates. Today, the House resoundingly delivered on both issues.”

As for how this impacts Santee Cooper, the possibility of a sale is looking more certain. When offers were considered by industry experts last session, the bid from Florida-based NextEra Energy was overwhelmingly considered the best option, but the House rejected their initial offer. Proponents of a sale are hopeful NextEra will re-enter the bidding process, this time with a better offer.

Although the case for a sale looks solid, some members of the Senate remain determined to keep the utility under state control. Despite expert opinion, Senator Dick Harpootlian is determined to keep NextEra Energy out of South Carolina, claiming he will block any bid from the company. Harpootlian did not explain why he singled out NextEra — they are not the only private company who may potentially bid on the utility — nor did he provide an alternative solution. Senator Luke Rankin, who authored the legislation to reform, not sell, has allegedly made threats to lawmakers “in connection with the ongoing debate over the utility’s disposition.” Like Harpootlian, Rankin continues to fight the option to sell without providing an alternative.

The contentious bill now moves to the Senate, where there’s also a sharp divide between pro-sell and anti-sell Senators. Time will tell which camp comes out on top.

Myrtle Beach is expanding their long list of attractions this year. From amusement parks to breweries to shows, here’s what’s coming to Myrtle Beach in 2021!

Oh hoppy day! A new brewery is set to open at Barefoot Landing in North Myrtle Beach in 2021. Crooked Hammock Brewery will provide both indoor and outdoor seating, a playground, a restaurant and a pet-friendly beer garden for patrons to enjoy.

A new beach-themed amusement park is set to open in the Spring of 2021. Funplex Amusement Park currently has two other locations – both of which are located in New Jersey. The new park will be located on Ocean Boulevard and will feature a variety of rides, a restaurant and bar.

Looking for a new workout to help meet your New Year’s Resolutions? Check out Hotworx Infrared workouts. Their infrared workout heats the body through infrared energy to speed up your metabolism and burn more calories.

Come down to Broadway at the Beach this summer for a new Cirque du Soleil experience. This mesmerizing spectacle will feature thrilling acrobatics and stunts and is something the whole family will enjoy. The show is expected to begin in the summer of 2021.